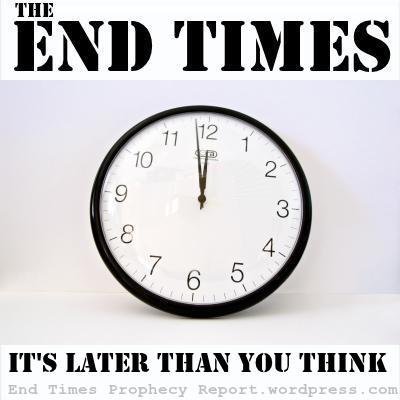 LIVING IN THE END TIMES:

Armageddon, apocalypse, doomsday: the Corporate Media and the world is throwing around such terms like they know what they mean.  Other terms being used are financial collapse, martial law, FEMA camps, guillotines, martyrdom, end times, revolution and World War III.

But what does the Bible say about such things?

We’ll start out this first piece on the subject by examining what the Bible has to say about persecution, deception and living and dying in America during the end times.

This writer had two different discussions recently; both which covered the same range of subjects: persecution, living in America and what the Bible says about deception and living in the last days.  What follows is a summary of those two discussions.

1- Many American Christians say one thing, live another.  Either one believes the Bible or one believes what others claim the Bible says.  One either believes we are living in the end times or one doesn’t.

If one is a non-believer, then one doesn’t believe the Bible.  A non-believer may or may not believe we are living in the end times.

BUT, even non-believers can see that something is not right.  Many do not know what that “something that isn’t right” may be, but they know something is making them edgy.  IF they are alert and have some intelligence, they can see what’s going on all around them.  They know there’s trouble coming.

By ruling out the Bible, which perfectly described what is currently happening and gives a perfect blueprint for what is to come, non-believers are forced to rely on what the Corporate Media or other worldly sources tell them.

And those sources will unfortunately prove to be universally wrong. The world has a vested interest in keeping non-believers deceived–and they are extremely good at it.

Historically, times of great cataclysm are times when people throw themselves on the mercy of the Lord. However, the Bible says that the current deception is so great that many will remain foes of Jesus until the bitter end–even though the coming cataclysms will be the worst in history.

“Yea, and all that will live godly in Christ Jesus shall suffer persecution.”
–2 Timothy 3:12

This is one concern that the lost may or may not experience.  While there is a great likelihood that the non-believers will also experience death, destruction and tribulation in the very short term–and a 100% chance they will experience it at the very end–they who survive may escape persecution in the short term by swearing allegiance to the Luciferians.

“No one will enter the New World Order unless he or she will make a pledge to worship Lucifer. No one will enter the New Age unless he will take a Luciferian Initiation.”
–David Spangler, Director of UN Planetary Initiative, one of the founding fathers of the New Age movement [from 37 Quotes on the New World Order, the Coming one world government and one world religion

NOTE: Spangler later claimed he did not say this–though in his past,  he has said many similar things to this. Contrary to what supporters have written, claiming one has not said something does not “refute” it. For exact wording of Spangler’s original quote and the source, see notes here.]

Of course, the Bible says that all who swear allegiance will secure eternal damnation. But mostly, the lost don’t believe the Bible.  Certainly the Luciferians don’t.

“And the third angel followed them, saying with a loud voice, If any man worship the beast and his image, and receive his mark in his forehead, or in his hand, The same shall drink of the wine of the wrath of God, which is poured out without mixture into the cup of his indignation; and he shall be tormented with fire and brimstone in the presence of the holy angels, and in the presence of the Lamb: And the smoke of their torment ascendeth up for ever and ever: and they have no rest day nor night, who worship the beast and his image, and whosoever receiveth the mark of his name.”
–Revelation 14:9-11

However, it is not only non-believers who do not believe the Bible.  Many Americans who profess to follow Jesus Christ also have started teaching their followers contrary to the Bible.

John MacArthur and 666 Mark of the Beast: Last Days Apostasy

3- American Christians exhibit a range of responses to the idea of facing possible persecution.

“And they departed from the presence of the council, rejoicing that they were counted worthy to suffer shame for his name.”
–Acts 5:41

“So that we ourselves glory in you in the churches of God for your patience and faith in all your persecutions and tribulations that ye endure: Which is a manifest token of the righteous judgment of God, that ye may be counted worthy of the kingdom of God, for which ye also suffer:”
–2 Thessalonians 1:4-5

“Beloved, think it not strange concerning the fiery trial which is to try you, as though some strange thing happened unto you: But rejoice, inasmuch as ye are partakers of Christ’s sufferings; that, when his glory shall be revealed, ye may be glad also with exceeding joy.”
–1 Peter 4:12-13

“For our light affliction, which is but for a moment, worketh for us a far more exceeding and eternal weight of glory;”
–2 Corinthians 4:17

“Take, my brethren, the prophets, who have spoken in the name of the Lord, for an example of suffering affliction, and of patience. Behold, we count them happy which endure. Ye have heard of the patience of Job, and have seen the end of the Lord; that the Lord is very pitiful, and of tender mercy.”
–James 5:10-11

“Yet if any man suffer as a Christian, let him not be ashamed; but let him glorify God on this behalf.”
–1 Peter 4:16

Persecution, Tribulation, Troubles, Trials: What the Bible says to Christians

4- If one is fearful or anxious, one is not fully prepared.  One of the primary reasons is failure to fully submit to God.

“Submit yourselves therefore to God. Resist the devil, and he will flee from you.”
–James 4:7

5- Christians are currently suffering martyrdom at the rate of one every 3 minutes throughout much of the world–most notably in Asia, Africa and the Middle East.  Many days, it’s estimated that 500 Christians die for their faith.  Many more who are innocent are being sacrificed.  The unborn are currently bearing the brunt of the slaughter in America.

6- Many in America who profess Christ feel they are blessed because they are not suffering persecution and martyrdom–even though the Bible says a person is not sinning when they suffer physical persecution for the name of Jesus Christ.

7 – America is ground zero for deception.  It is everywhere like a thick, enveloping fog.  This overwhelming deception is practically impossible to escape or to see through.  Actually, without supernatural discernment provided by the Holy Spirit, it is impossible.

It sometimes amazes this writer that there are any Christians at all left in America.

John MacArthur and 666 Mark of the Beast: Last Days Apostasy

8- Jesus warned about this deception.

“And Jesus answered and said unto them, Take heed that no man deceive you.”
–Matthew 24:4

“And many false prophets shall rise, and shall deceive many.”
–Matthew 24:11

“For there shall arise false Christs, and false prophets, and shall shew great signs and wonders; insomuch that, if it were possible, they shall deceive the very elect.”
–Matthew 24:24

“Let them alone: they be blind leaders of the blind. And if the blind lead the blind, both shall fall into the ditch.”
–Matthew 15:14

“And he spake a parable unto them, Can the blind lead the blind? shall they not both fall into the ditch?”
–Luke 6:39

10- Yet so many American Christians prefer deception to persecution  The particular challenge for the American Church may be to labor against the overwhelming deception that surrounds them rather than face immediate physical persecution.  They should make the necessary preparations to withstand both deception and persecution.  How likely is it that those who succumb to deception will stand in the face of persecution?

Many prefer facing deception over facing persecution even though the eternal consequences can be completely different.  It’s damnation for the deceived while those persecuted for Jesus receive eternal glory and honor.

“For what shall it profit a man, if he shall gain the whole world, and lose his own soul?”
–Mark 8:36

“He that loveth his life shall lose it; and he that hateth his life in this world shall keep it unto life eternal.”
–John 12:25

11- Logic, evidence, reasoning, proofs or science will not sway the deceived.  Even God’s Word may not be enough to move the willfully deceived–though Scripture, the Holy Spirit and prayer are the only weapons Christians are to use–and one is to have faith in their eventual triumph.

HOPE FOR THE FUTURE

12- CONCLUSION: Though believers toil under increasing darkness and there’s occasional frustration at losing so many to the deceptions, Christians are not to lose their peace of mind or their good humor.

“These things I have spoken unto you, that in me ye might have peace. In the world ye shall have tribulation: but be of good cheer; I have overcome the world.”
–John 16:33

We serve an Almighty God who is in control of all things.  Despite the ubiquitous deception, American Christians can take heart, praying to a gracious God to open the eyes of all those who value soul winning and who preach the pure gospel message.

“Let him know, that he which converteth the sinner from the error of his way shall save a soul from death, and shall hide a multitude of sins.”
–James 5:20

It’s later than you think.

And if one is a Christian who has been beguiled by the teachings of the Modern American Prophecy Industry and Christian mass media, then it is really, truly, no kidding later than you think.

“Wherefore the rather, brethren, give diligence to make your calling and election sure: for if ye do these things, ye shall never fall:”
–2 Peter 1:10

by Jeremiah Jameson
–with Mondo Frazier

Link Disclaimer: inclusion of links to other blogs/websites is not necessarily an endorsement of all content posted in those blogs/websites.

End Times Prophecy Report - Publisher and author
View all posts by Jeremiah J Jameson →
This entry was posted in Apostate American Church, Persecution is coming to America, Signs of Apostasy and tagged end times deception, observations about the end times. Bookmark the permalink.
Loading Comments...
%d bloggers like this: